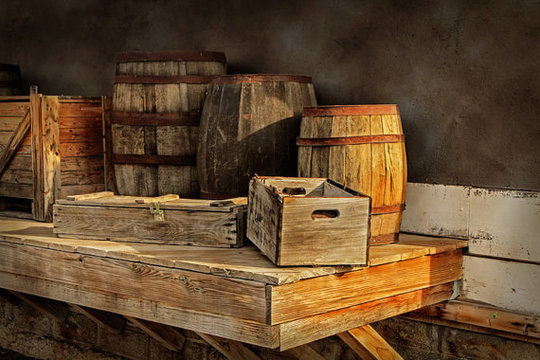 Running into the house, I almost fell over the boot scraper. after catching my self, I continued into the kitchen yelling for dad. I had just come from the stock yard after talking with Mr. Roberts, the owner of Roberts delivery.  He was looking for someone with a strong back to help load and unload trucks. this would be my first job with pay. My name is Luther and this is my story. Mr. Roberts owns three trucks and runs a delivery service between hometown and Smith Junction.  He can haul animals, lumber, box goods, and what ever fits in the back of each truck.  My job is to load and unload the trucks which means that I get to ride along.  I remember when I first talked to Mr. Roberts about the job. He was looking for someone who could drive the truck as well as load and unload. I told him that while I could not drive, I had a strong back and was willing to work. the pay was 50 cents a day which was way more money than I got for passing the morning paper and the hours were better.  50 cents a day was a lot of money and I began to dream about what I could buy at the Perry Mercantile  down the road.  My father worked at the saw mill but jobs were hard to get there. He always told me that if I worked hard, I would be able to get what ever I wanted.    First day on the job was hard because we had to leave before dawn and travel 50 miles to long branch with a delivery of lumber and nails to build the new church. The road was narrow and once in a while we had to get out and push. once we arrived, the whole town came out to help unload the truck. Martin, the driver told me not to expect that to happen often. After stopping for lunch, we headed back towards town. About two miles up the road, we came across a down tree. It took us one hour to move it out of the way. This delay set us back and we were forced to spend the night in an old farm house. My parents were so worried when we didn’t arrive back at the appointed hour. Because it took us two days, I got paid one dollar plus 25 cents just for my trouble. Martin again told me not to expect that to happen again. I guess since my parents were upset, Mr. Roberts added it on. .